Aqua Lab members from the Society for the Study of Robotics – an official student club in Tokyo Tech – took third place in the 8th Underwater Robotics Festival held in Iwakuni, Yamaguchi Prefecture on August 27-28, 2022. Team Tokyo Tech competed in the underwater autonomous vehicle division. (AUV) to compete with their robot Korion 2.

The Underwater Robot Festival consists of two parts. The AUV division mainly includes student and laboratory teams from universities and technical colleges, while the junior division includes students from middle schools, high schools, and technical colleges. This year’s festival was held for the first time at the Iwakuni Maritime Environment Test and Evaluation Satellite (IMETS), which houses one of the largest experimental complexes in Japan.

In the AUV section, teams earn points by completing various tasks such as completing a slalom course using manual control, passing through gates using automatic navigation, and QR code detection. The winner is the team with the most points after attempting all the tasks. In addition to the point system, the overall ranking is determined by evaluating an introductory video explaining the innovative functions of the robot. 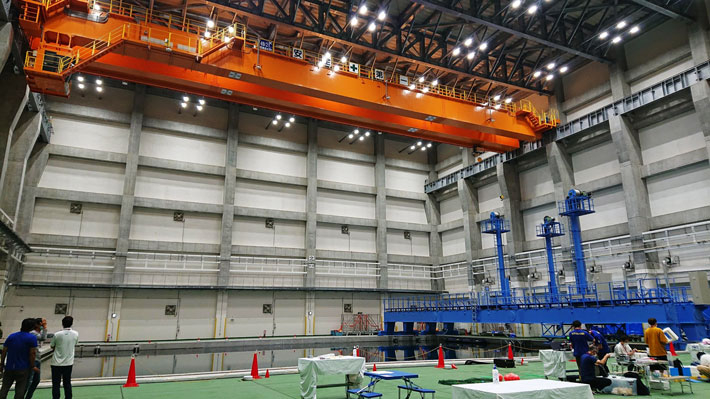 Korion 2 was designed and built with this 3D action in mind. The main features of the robot include the so-called azimuth thrusters from three sides, which can change the direction of thrust. When all three thrusters are oriented horizontally, the robot is in the “all-around position,” allowing it to move freely in a flat direction like a robot with three wheels on the ground. When the thrusters are in portrait mode, the robot switches to “drone mode,” allowing it to dive and emerge vertically. The main concept behind Kurione2 is to achieve the desired movement by switching between these two modes depending on the situation. 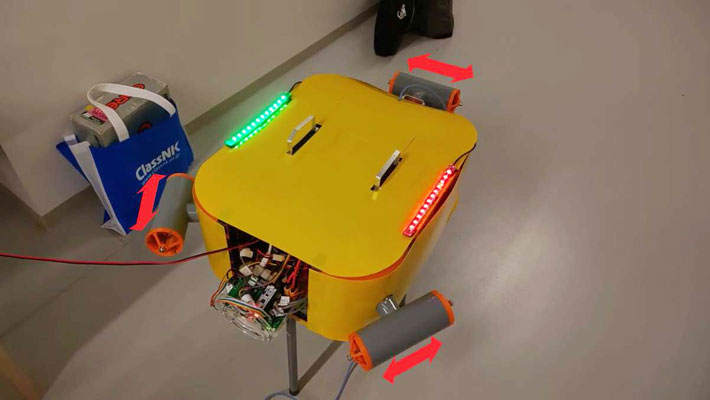 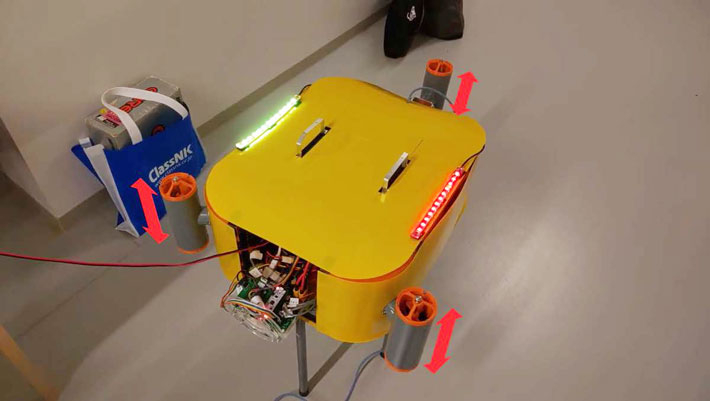 In drone mode, the Kurione2’s vertical thrust allows both diving and surface

Kurione2 also uses innovative waterproofing technology. Water can quickly destroy the battery and electronic circuits needed to control the robot, so a waterproof enclosure is required to protect these components. The depth of the pool in IMETS is 11 meters, so a strong container that can withstand water pressure is required near the bottom of the pool. Aqua Lab has manufactured this container using aluminum welding technology. Brazing is a processing method for joining metals by melting the solder material with intense heat. Until recently, Aqua Lab mainly used adhesives to create their waterproof enclosures, but copper welding provides greater resistance to the increased water pressure in the 11-meter pool. 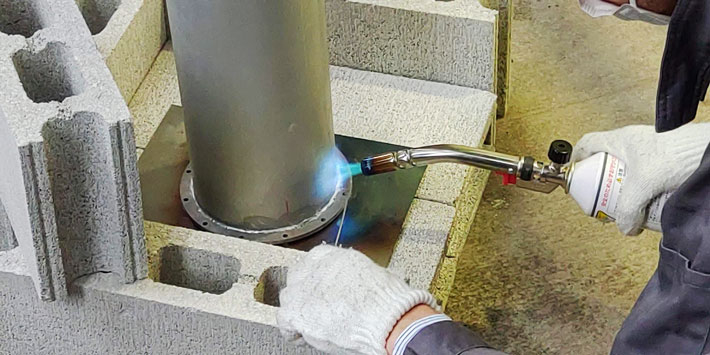 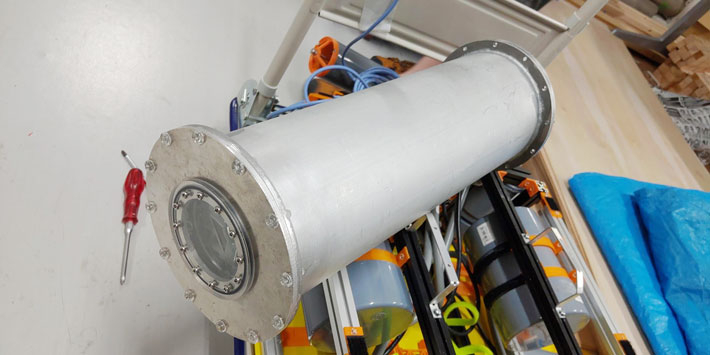 As its name suggests, the AUV division includes robots that must complete a task independently. To complete this task, the Kurione2 is equipped with an inertial measurement sensor, a student-created water pressure sensor, and a front camera. Although Team Aqua Lab was not able to accomplish this task as planned due to problems on competition day, Team Tokyo Tech were able to finish third overall by consistently scoring points in the manual control portion. 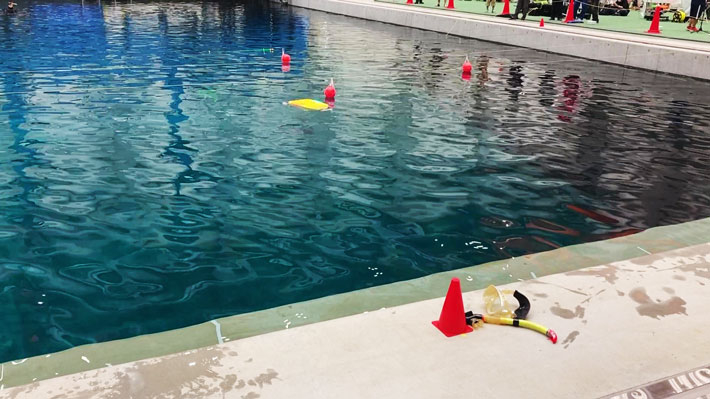 Comments from an Aqua Lab member

Unlike in previous years, this year’s competition included a water pressure resistance test, which was cleared without any major incidents. I participated in the creation of the robot’s control system. We had some unexpected problems and made some errors, so we couldn’t get the bot to run very smoothly. I have been studying basic control theory through lectures at Tokyo Tech, so I want to make the most of this experience and make the robot run smoothly in the next competition.

/General release. This material from the original organization(s)(s) may be of a point in time nature, edited for clarity, style and length. The opinions and opinions expressed are those of the author(s). View in full over here.