Windy Woods, of Warren, stands at her booth at last year’s DIY Street Fair, where she sold posters and pins.

FERNDALE – Organizers expect East Nine Mile Road to be filled to the teeth with people at the 14th annual DIY Street Fair.

Event co-founder Krista Johnston described this year’s DIY Street Fair as the largest ever shown, with over 150 artists and shop owners, nearly half of whom are new to the fair.

Including many new artists is always a matter of design, Johnston said, as there are always at least 40% of new DIY artists. This year, the number of new artists reached 44%, and there was a record waiting list for those willing to participate.

“Especially with so many artists out there, we always try to make it new but… we definitely have old favorites,” she said. “This year, this happened to be the largest number of new DIY artists. I hope it’s mostly because people want to be on the show, and I think everyone is feeling creative again and getting back to work after the pandemic.”

Returning DIY shop this year is Brave Wimp, owned by Melissa Heimwitz-Close, of Oak Park. Haimowitz-Clouse operates her shop, which began in 2017 in the Rust Belt Market, and sells what she describes as “eco-friendly, comprehensive art goods” made of wood from Midwest sources. The merchandise is everything from brooches and earrings to coloring books, candles, and clothes.

DIY was the first show Haimowitz-Clouse ever participated in five years ago, and she’s been a part of it ever since.

She said, “I would say I love doing crafts for the same reasons I love doing at Rust Belt Market: It’s really community focused and passionate about supporting local businesses and… getting involved with my community.” “It’s a back and forth with people because everyone is excited to be there and be involved in supporting the business, whether it’s artists or food trucks – just the whole event around it has so much energy.”

Yvonne Spampinato and her KEPT work will also be returning to DIY in its eleventh year. The Oak Park resident has been making jewelry from copper and semi-precious stones for over a decade.

Spampinato said she remembers attending her first DIY show and enjoying her experience. This led to her placing an order and getting her own booth for subsequent events.

“I feel like shows like DIY and other local craft shows have enabled me to sort of put myself out there, which has had a huge impact on being able to make this a complete business,” she said.

Spampinato said getting involved in DIY helped her grow and turned what started as part-time jewelry making into something that is now her full-time business.

“It allowed me to build clients and followers and get a really comprehensive understanding of what my clients are looking for and what makes them happy,” she said. “It really helps make it easier to follow and that a lot of people want to pursue their creative interests, but there is something to be said for making every effort to stand out and do a live event like this, rather than just curating a website, maybe having a Pinterest board like This can bring you success, but I think there’s a certain kind of having such annual events where people know what to expect and they will find good things.”

The increase in business is also something Haimowitz-Clouse has experienced as well.

“Doing DIY in 2017 really pushed me into my career because I was able to turn it from a side hustle to a full-time job,” she said. “Now my husband and I do it full time. And we have really been able to grow a lot, and I really credit that to DIY.”

In addition to artist booths, there will also be live music, cocktails, and a variety of food trucks on site for attendees.

Johnston said it’s a pleasure to be able to DIY every year.

“We are supporters of small businesses and this event… serves as an incubator for local entrepreneurs,” she said. “It’s great to be able to connect the artists to the public and the audience to the artists, especially with this kind of price. So people usually come home with handfuls of their neighbors’ art.”

At the same time as the DIY Street Fair, the Funky Ferndale Art Fair will be taking place on West Nine Mile Road. For more information on both events, visit www.ferndalediy.com And the www.funkyferndaleartfair.com. 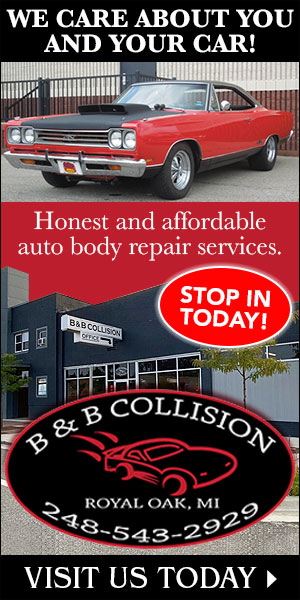