PUPILS ages 11 and up can now begin learning robotics and software engineering in Bulawayo following the launch of the city’s STEM Initiation Lab. The lab contains equipment including laptops with relevant robotics software materials that can be used and compete in the 21st century world.
Mr. Masuku believes that the country is still lagging behind in problem-solving technologies, and thus Science MakerLab aims to fill this gap.

It creates a platform that will enable learners from grade 5 and above to innovate while taking advantage of the opportunities that exist in the online space.
Masuko said his lab has attracted students from the National University of Science and Technology who can take advantage of the available resources. His dream is to spread Stem and Robotics learning across the country before penetrating the continent.

He has already developed robotics kits, which will enable learners to design prototypes that are used to solve problems in societies. Mr. Masuko said he established the platform after receiving a $25,000 USAID grant to solve stem-related problems in the community.

“Science MakerLab is a platform that provides hands-on, low-cost education about stem and robotics to learners across Zimbabwe and Africa as a whole. We rely on producing hands-on work on technological concepts that clear generations, which can prepare them for the future,” he said in a post-launch interview on Friday. “.

“Science Maker Lab is a place to foster innovation and creativity among students.”
Mr. Masuko said the lab has a team of trainers to equip students and students with different problem-solving techniques.

“These will be project-based where students will then implement projects, which are aimed at solving problems we face in society using robots and the Internet of Things.”

Masuko said the platform could catapult the country toward development as there is evidence elsewhere that the practical development of learners at a young age has led to economic growth and tackling the problems of society.

“In our country, we have a lot of people who are theoretically studying courses even at the higher education level, but there is less practical work,” he said. 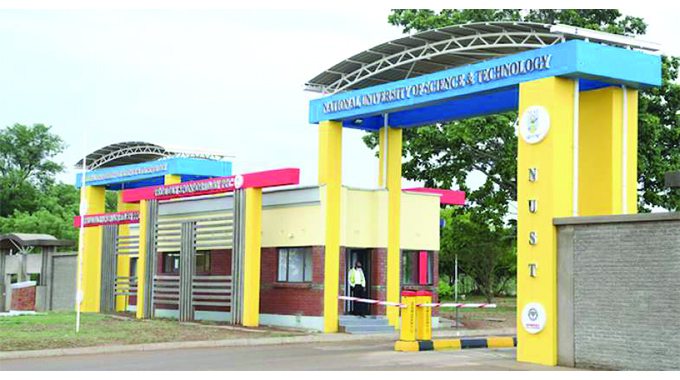 National University of Science and Technology

“We are now even working with some students at Nust to show them the practical components of robotics. We want to change the narrative,” Mr. Masuko said.

“For example, in countries like China, we have kids at a young age who do robotics but we haven’t reached that level where students start developing robots and software at an early age.”

He said Science MakerLab is working to cover the theory of work experience gaps that exist in the community.

Mr Masuku said that while they have started programs for fifth grade classes, they will expand the program to include lower classes starting next year. He said that learners will encounter various problems and develop prototypes to solve them.

Starting next year, Masuko said, they will spread the work to local schools and urged those keen to participate to use their online application links.

“We have obtained approval from the government to start working with schools, which will start in January 2023. We hope to also be able to get more funding to expand to more locations across the country and distribute robotic kits to schools,” said Mr. Masuko. [email protected]